I used to have a birth defect in my foot [gout], a twisted bone. So I used the Diamond Cutter method … on my foot, and now I do ballet…. So you can use those seeds on your body. You can remove diseases from your body, you can make your body strong if you know the [karmic] seeds…. And if you want to fix the bone in foot, you help sick people in a certain way, selectively.

It is no surprise that Geshe Michael’s chief disciple and former wife Christie McNally also held such view. In a talk right before leading almost forty people into retreat, McNally explained, “It is not that we go and we can take away somebody else’s pain just through that meditation, but the meditation does work. People have been given this meditation who have cancer, and they have actually cured their cancer from it!”

Had such way of thinking clouded Christie McNally’s and Ian Thorson’s judgment as they fell ill and thus were late to seek medical attention? While Geshe Michael referred to them as the “two people that screwed up”, perhaps the seeds of their undoing were sown in the hours and years of paying heed to his every word.

Since the tragedy, Geshe Michael has not shied away from such talk:

While Geshe Michael has the chutzpah to repackage failed strategies for his relationship book, it’s not known why for 25 years he has not published this cancer cure.

——
Update: It appears that the “Diamond Cutter principles” were not effective against a more commonplace ailment:

“So we just got back from India. We try to go every year to get recharged and learn new things…. And then every year we say, we are not going to get sick this time, you know. We’re definitely not going to get diarrhoea this time, you know…. So this time, … we took one suitcase full of Cheerios, like eight boxes of Cheerios in this suitcase and then we had our own olives and we had our own coco and we have somebody in India went and set up an ultraviolet water purification system and then we boiled that afterwards it was purified. And we didn’t eat anywhere and we cooked everything ourselves and we boiled everything twice. And then the first day we got diarrhoea.
So all the things which you think would be healthy to eat, right, so you look at a glass of milk, somebody hands you a glass of milk in India. Or they just hand you a glass of water, right, you can’t get a glass of water in India, you can’t get a glass of water which you can drink. So here is this thing, you are looking at it, will this kill me, you see. And I am talking literal, you know. Like we were very sick there and there is nothing you can do, because the penicillin is bad too, you see, I am not kidding, I am not kidding. Maybe somebody in the factory wanted an extra 50 cents, they threw in some rat poison or something, you see. So you look at all the objects in the store, you go in a store and you look around and you say, everything in here, in this store that I could buy to make myself strong and healthy, or just to eat today, any one of them could kill me. And you start to get paranoid, you get really paranoid. You buy these bottles of water, right, very expensive. You buy bottled water, people open it, they pour out the bottled water, they pour in the dirty water. They glue it back shut. And they sell it to the foreigners, you know. So you got this bottle of water and you don’t know. Maybe this bottle of water will kill me, maybe I won’t get back to Tucson, you know. It’s a real thought go through your mind like the fifth week you have diarrhoea, you can’t eat, you can’t … you lose like 20 lbs and you are like, I don’t know if I’ll make it back, you know.”

With such a disconcerting health issue, it is not clear how frequently and for how long Geshe Michael studied at Sera Mey monastery.

—–
Further reading: On the five niyamas:

“The Buddha’s teachings on karma differ from those of other religions of Asia. Many people believed — and still believe — that everything about their present life was caused by actions in the past. In this view, everything that happens to us happened because of something we did in the past.
But the Buddha disagreed. He taught there are five types of factors at work in the cosmos that cause things to happen, called the Five Niyamas. Karma is only one of these factors. Present circumstances are the result of countless factors that are always in flux. There is no single cause that makes everything to be the way it is.
….
2. Bija Niyama
Bija Niyama﻿ is the law of living matter, what we would think of as biology. The Pali word bija means “seed,” and so Bija Niyama governs the nature of germs and seeds and the attributes of sprouts, leaves, flowers, fruits, and plant life generally.
Some modern scholars suggest that laws of genetics that apply to all life, plant and animal, would come under the heading of Bija Niyama.” Read more >

“The doctrine of kamma is probably the most misunderstood of all the Buddha’s teachings. The four most common misunderstandings are these. (1) Everything which happens to us is the result of our past kamma. In actual fact, Buddhism recognized at least four other broad causes of why things happen, including because of the operation of natural laws (dhamma niyama), biological laws (bija niyama), physical laws (utu niyama) and psychological laws (citta niyama, Atthasalani.854; A.III,62). Read more >

“Buddha does not teach that there are linear causal relationships, where a single cause can bring about a single effect. Buddha teaches that there are many causes and many conditions …. We are presented with a very complex picture of how things work. Just because a certain thing seems to have caused something to happen does not mean the particular cause we identified was solely responsible.” -Traleg Kyabgon Rinpoche

“No one other than a Buddha can actually see the workings of karma fully and clearly; therefore no one can actually indicate the precise karmic reasons [for life circumstances].” -Khenpo Karthar Rinpoche

“The results of our actions are often delayed, even into future lifetimes; we cannot pin down one cause, because any event can be an extremely complicated mixture of many karmas ripening together.” -Sogyal Rinpoche

“Also you must practice giving without expecting anything in return, or any [karmic] ripening effects.” -Pabongka Rinpoche

“The practice of all the Bodhisattvas is to give out of generosity, with no hopes of karmic recompense or expectation of reward.” -Gyalse Tokme Zangpo

“However, faith in one’s guru does not mean blind faith. It does not mean believing “My guru is perfect,” even though your guru is not perfect. It is not pretending that your guru’s defects are qualities. It is not rationalizing every foible of the guru into a superhuman virtue. After all, most gurus will have defects. You need to recognize them for what they are.” -Khenchen Thrangu Rinpoche

“If the spiritual master is following a wrong path, which is contrary to mainline teachings, the student should be able to take a stand and not blindly follow that path.” -The Dalai Lama 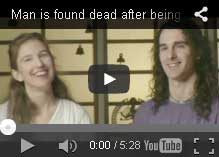 “One person dies in the desert and suddenly everyone pays attention. People should be talking about all the good works that I’ve done instead.” – GMR, 2/2013 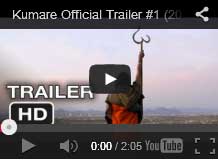 Movie synopsis: Sri Kumaré is an enlightened guru from the East who has come to America to spread his teachings. After three months in Phoenix, Kumaré has found a group of devoted students who embrace him as a true spiritual teacher. But beneath his long beard, deep penetrating eyes, and his endless smile, Kumaré has a secret he is about to unveil to his disciples: he is not real. Kumaré is really Vikram Gandhi, an American filmmaker from New Jersey who wanted to see if he could transform himself into a guru and build a following of real people.

“It is important to realize, however, that it is no guarantee of the scholarly excellence of its bearer, for there are several categories of this [geshe] title… And even the lharam title [highest rank] is not always a sign of scholarly quality.” —Geshe Lharampa Georges Dreyfus